A couple days ago I boarded the downtown 4 express train, headed for Union Square. As the doors closed and the train began to move, I found myself a seat and began to fumble with my iPod. Before finding the song I was looking for (Coldplay’s Viva La Vida…for those of you that are REALLY into details) I happened to glance across the subway car to the seats in front of me and saw one of the most beautiful women I’ve ever laid eyes on.

Her hair was long and the darkest of browns, almost black…dyed slightly lighter at the tips and pulled into a single large braid behind her. Her skin was light, internationally mixed and absolutely flawless: the kind of color you get when you pour a little too much fresh milk into your morning coffee. Her eyebrows were dark and thin, her face classic, the only modern touch was a single tiny golden stud in her left nostril. She wore a sleek and perfectly fitting top and a simple skirt, which in my opinion happened to be exactly the length and style that a perfect lady would wear. Her long, full legs were in a pair of black heels that you just wanted to buy ten more pairs of in ten different colors for her JUST because she looked so good in them.

Her big, brown eyes acknowledged my presence with a quick blink before looking away just in time to avoid that “uncomfortably long stare”. She reached down into her shoulder bag and pulled out a book that I had never heard of…$40 MILLION DOLLAR SLAVES. This enhancesd the attraction, as her reading such a book denoted character and intelligence. How do I know..? Because I was reading the comics section of the Daily News…

As she found her place and began to read, I found myself daydreaming about what I would say to her should the opportunity arise for conversation. I could have just admired her beauty in awe and silence without interrupting her. But what would be the point of that? Even Outkast once said “Everybody knows you can’t let a pretty one pass you by…without saying hi.” For those of you that have no clue who Outkast is, how about a different analogy, “If you saw a sparkling diamond just sitting there within your grasp…wouldn’t YOU try to pick it up?”

But I digress…where was I?

The point is, how does one start a conversation with a woman who has probably already shot down ten other men better than you just in the last hour?? What perfectly original, sincerely smooth, ear-opening comment do you make to such a woman?

“Hey girl, I noticed you sitting over there, looking all good, reading $40 Million Dollar Slaves.”

“Excuse me miss. I seem to have lost my copy of $40 Million Dollar Slaves and I was wondering if I could borrow yours?”

How do I speak to her? How do I tell her that she’s absolutely stunning and even though I don’t know her in any way, shape or form, I feel that my day might be a little more grey if I don’t continue to look in her direction? How do I explain to her that if she’s at all as interesting, funny, cool, or understanding as I THINK she might be, than she should let me take her out, wine and dine her, meet her parents, prove my love, propose and grow old with her until we both die happily like those two fools in The Notebook…???

I look up…she’s standing above me, $40 Million Dollar Slaves in her hand.

“I’m sorry,” I say, pretending to turn down my iPod to buy some time, “What were you saying..?”

She blinks her baby browns at me again. “I was just saying hi.”

She sits next to me and reaches into her purse.

“I feel a bit foolish,” she continued, “but I saw you looking in my direction earlier and I thought you might introduce yourself, but you didn’t.”

She blushes ever so slightly.

“Well, the thing is, I don’t really know anyone in New York, the subway’s a short ride so I never know how to start a conversation with anyone…and you’re really cute.”

She pulls her hand from her purse…it’s holding a business card.

“…anyway, if you’d like to…I don’t know, get coffee or something, my number’s on the card.”

Before I can part my lips to speak, the doors open, she smiles again and leaves me sitting there on the downtown 4 express train.

I don’t say anything.

I don’t do anything.

I simply put the card in my jacket pocket, go back to fumbling with my iPod and begin laughing aloud like some kind of crazed lunatic. 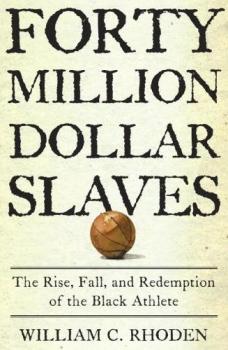