Everyday on the news we hear about millions of people who are homeless and starving in cities and countries other than our own. We hear about places we can drop off used clothing items, addresses we can mail money orders and websites we can donate to. We hear about hungry children, broken homes and abandoned family members.

The United States of America. I love this country, I love another country as well because I grew up there and consider it home, but having lived here the last 20 years or so makes makes me as American as I am Italian (as does the combination of my American father and my Italian mother). One thing that I’ve seen, in the USA as well as Italy, is the ever-increasing number of homeless on the streets. I feel a certain pain inside my soul when I see someone in those conditions, not because I don’t want to help, but because I can’t help…at least, not by myself. Although this is a beautiful country we live in, we can’t seem to find a way to take care of our own citizens…let alone anyone else’s.

There has to be a way to come together as a whole. There has to be a way to provide food, shelter and decent living conditions to the civilians of this great nation…especially to its veterans, who have fought tooth and nail for it. I know that it’s possible. I know because I have been around the world, and I’ve seen the good that mankind (and womankind) can do. I know because while in Union Square here in NYC one day, I saw a man approach another man. They didn’t know one another as far as I could tell. They had only the shirts on their backs and the bags in their hands. But when one asked another if he could have a cigarette, a cigarette is what he got…no questions asked.

If two people who have nothing can give to each other, why can’t we all..? 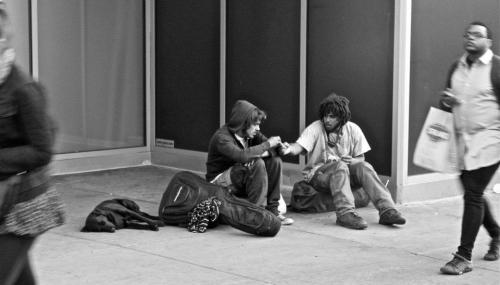 The President: “To Respect Or Not To Respect?”

Well ladies and gentlemen, the hour is upon us.

In just a few weeks our country will be voting on its next President. I promised myself I wouldn’t begin writing on this particular subject matter…mostly because I think it’s a controversial topic of discussion, quick to pit friends and family members against one another and I hardly have the desire or time to argue with my readers. The other reason I have for not wanting to open the proverbial “can of worms” that is political conversations is the simple fact that there are hundreds of issues to discuss regarding politics. There are multiple candidates to choose from, numerous positions and stands that each of them represents, bills and laws to concur with that each of them may or may not pass…not to mention the moral, religious, economical, judiciary and scholastic views they represent. 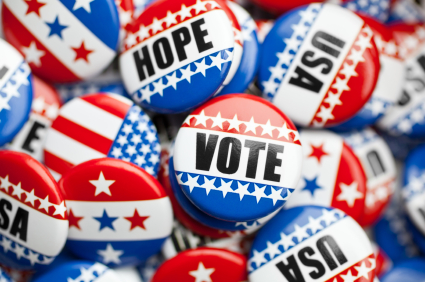 One area of the political world I would like to quickly rant on is the bad-mouthing, poo-flinging and general disrespect I constantly see hurled in the direction of the office of the President of this country. I remember when the title of Commander In Chief deserved a salute or a handshake, regardless of one’s political opinion or vote. I remember when this country used to respect the office of the President of the United States simply because it was what it was. 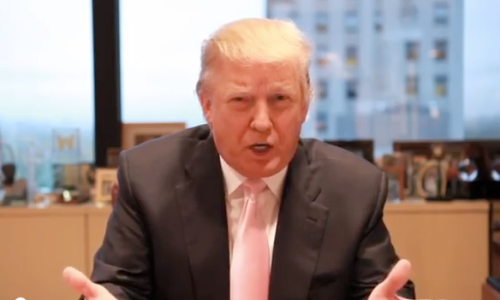 Now we have millionaire, attention-hungry windbags like Donald Trump throwing money at it like it’s a street whore.

I’m not saying that I’m a fan (or not) of our current President, or even the one before him. (As I mentioned earlier, I’ll keep who I did and didn’t vote for to myself…no arguments for me today) It just seems to me that all we ever do as Americans now is curse the President, talk about him on television, berate him with signs in our front yards and now publicly offer him money to do something just because we feel it should be done. Perhaps it’s my “old school” way of thinking, but the President is not some “friend of ours”. He’s not some clown who’s paid to be laughed at. He’s not some showgirl or pole-dancer on a platform showing skin for dollars.

It’s true we can think what we want about him as obviously not all of us voted for him, but when we start to do these “public finger-pointing sessions” I have to admit it really breaks my heart as an American. I can’t imagine someone calling their boss (or their spouse’s boss) names on Facebook. I can’t imagine someone calling their parents (or their friend’s parents) something other than sir or m’am in public. I can’t imagine someone trash-talking a general, veteran or Supreme Court judge to their faces. Why? Because I believe their title earns them a certain amount of respect publicly regardless of how they may feel about them privately. Yet, the leader of our country, the one person we as American should at least treat like a human being when we come across him…gets spit on metaphorically and belittled verbally as if he were our worst enemy.

It’s sad, pathetic and I’m vehemently opposed to it.

We should know better than that America…and we should be ashamed of ourselves.