“I find it interesting that during times like these, I myself am asked questions; by my peers, family members, acquaintances and ‘followers’. Perhaps this is due to the fact that I am extremely outspoken after such events. Perhaps it’s because I happen to have a way with saying exactly what’s on my mind, and for whatever reason some people happen to listen. For whatever reason, the questions do come. One of these questions I find myself answering is one that always (in one form or another) has been asked on more than one occasion. ‘Why do you seem to mourn certain cities/victims and not others?’ I shall try to answer it now, in the best way that I can…”

“I am only human. As such, I live day by day as a human…it is the only way that I know how to live. As a human I have only one heart and one mind to offer, and along the course of my life I ‘give’ my heart and mind to other humans. I have met new people every day of my life, everywhere that I have gone. Acquaintances, friends, colleagues, lovers. People in passing, people in restaurants, people at work, people on airplanes, people through other people. Every person I come into contact with in every city in every country that I visit on this earth becomes a part of my life in one way or another. Often times these encounters affect me, and in turn the people and places I meet and see are, in a way, affected by me. In essence, I leave a piece of me everywhere I go, and I take a piece of everywhere with me to my next destination.” 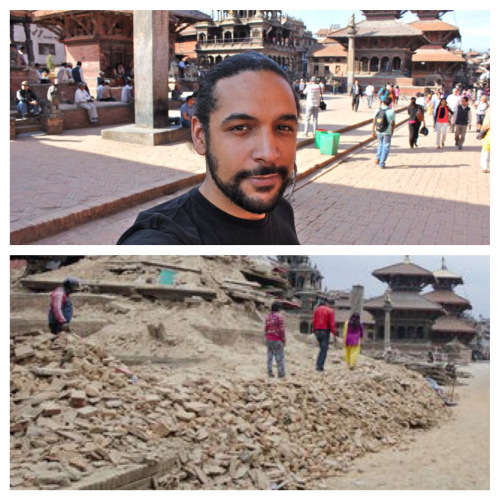 “So when Twin Towers that I had been in in NYC are hit by airplanes flown by terrorists…I feel it. When suicide bombers detonate themselves in a subway system I traveled in in London…I feel it. When gunmen go on a killing spree on streets that I’ve walked on in Paris…I feel it. When an earthquake destroys temples in which I’ve sat in Kathmandu…I feel it. When a bomb explodes at a marathon in a part of town I’ve taken photos in in Boston…I feel it. When a madman drives a truck into a crowd of nearly 100 people on the same promenade in Nice my parents and I spent my father’s birthday on…I feel it. I’m human, so when lives are lost and destruction occurs in cities that I’ve visited and made memories in, it hurts me.” 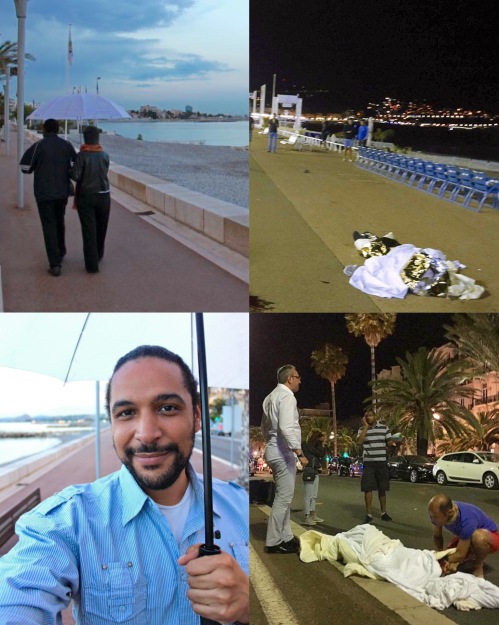 (Nice, France / In 2010 when I was there with my parents, and after last night’s terrorist attack)

“But…being only human, I cannot meet EVERYONE on earth. I cannot be in multiple places at multiple times and share the experiences and cultures that every city in every country has to offer. I do not feel as strong a connection to people/places I’ve never seen as I do those I know and have made a place for in my life. Does it pain me to see other cities of the earth destroyed? Yes. Am I hurt when innocent lives are lost in countries that are not my own? Of course. But I may not write about it and I may not share my feelings on it. This is simply because I have nothing to write and nothing to share…not because I DON’T CARE.”

Filed under Hear Me Roar, This Thing Called Life, Why I Do What I Do